Many of us can recognize trees by their leaves but what about in winter when our deciduous trees have lost their leaves?  Trees can be identified year round using features such as buds, bark, growth habit, and flowers.

These are all photos of trees in Childwall Woods.  Identification is simplified by using mostly the characteristic features of buds and flowers.

This page will be updated as we head through the season into spring and more trees come into flower.

Alder has long purple-green catkins of male flowers that once open become greener and then orange with age. Female flowers are also in catkins however these are much smaller and are red. 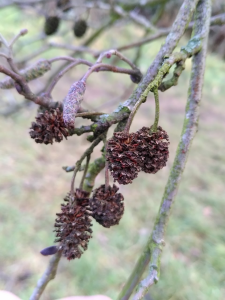 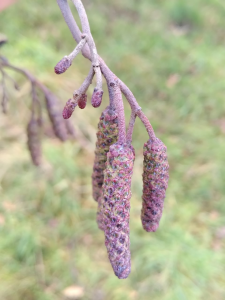 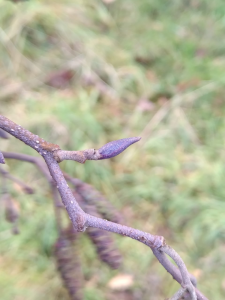 Buds are bluntly pointed and purple.

Possible confusion:  May look similar to Hazel male catkins, however, female flowers are very different between the species. 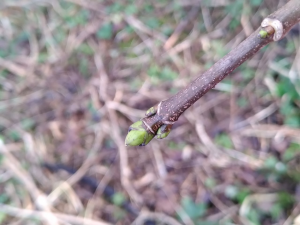 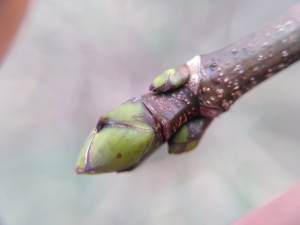 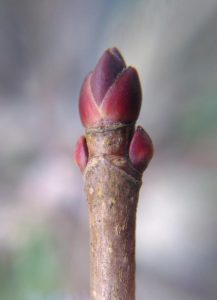 Very similar to the egg-shaped buds of sycamore but is purple/red rather than green/brown. 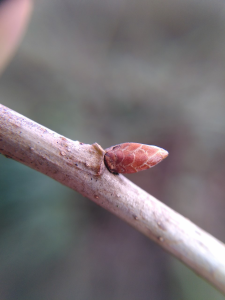 Small buds along twigs with clusters of buds at the ends of shoots. Oak buds have overlapping scales. A crude way of differentiating our native oaks is that English oak (Quercus robur) buds tend to have less than 20 scales whereas Sessile oak (Quercus petrea) tend to have more than 20. 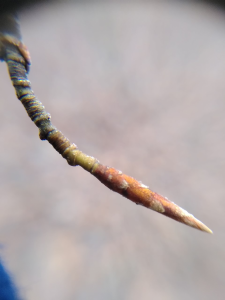 Beech buds are elegant and pointed. 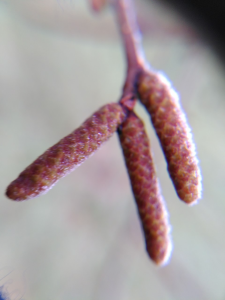 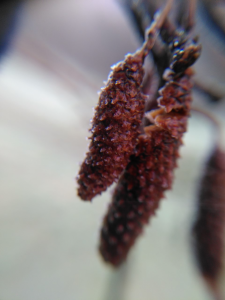 Red/green male catkins. Female catkins are erect and emerge in spring. However, to most this tree will be instantly recognizable by its white papery bark and pendulous branches.

Long bright yellow catkins of male flowers form showy displays. Female flowers are in small buds that are found above the catkins, the red styles of the flowers emerge from the buds and are distinctive. 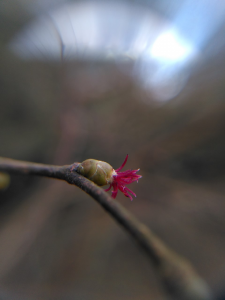 Possible confusion: Birch and alder also have catkins of male flowers but these are smaller and usually much darker purple/red colours, also neither species has female flowers similar to those of hazel which are unmistakable. 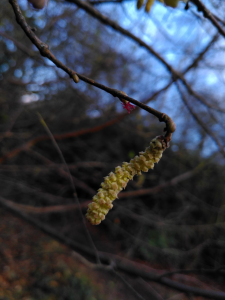 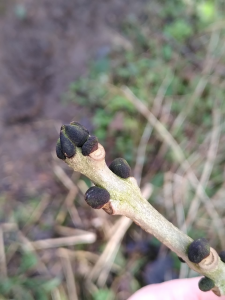 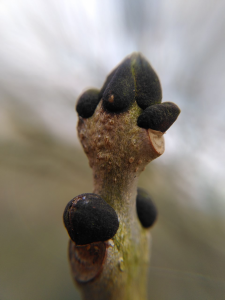 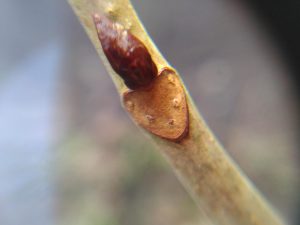 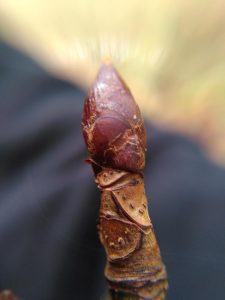 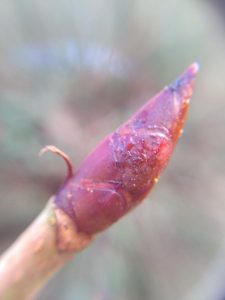 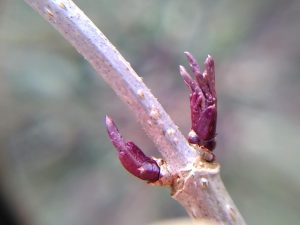 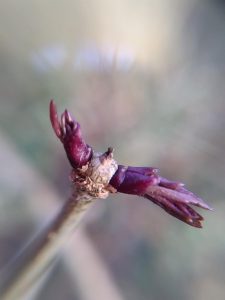 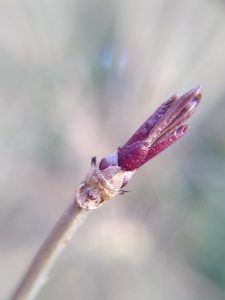 At the tip buds may be opposite or a single terminal bud . 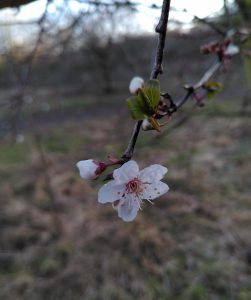 Sepals (green flaps behind petals) are reflexed as shown in the mature flower here. This example from our site is the pissardii variety of P. cerasifera known as purple-leaved plum and the flower stems (and often leaves) are a dark purple rather than green. 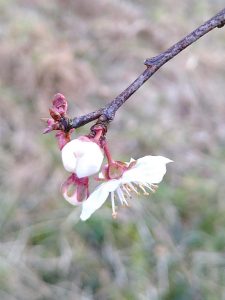 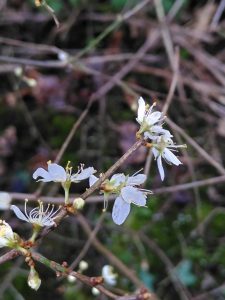 Although superficially similar to cherry plum, these species are separated when in flower by the sepals. The sepals in blackthorn do not reflex back towards the stem. 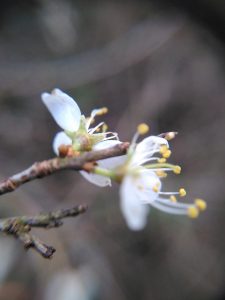 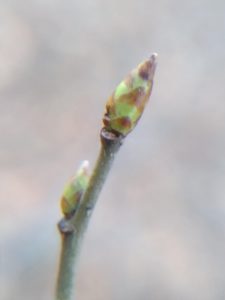 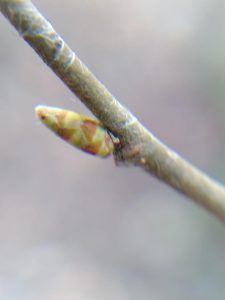 From a distance, these may be unassuming though and Hornbeam will often be more readily identified by the linear markings running vertically down the trunk and branches. 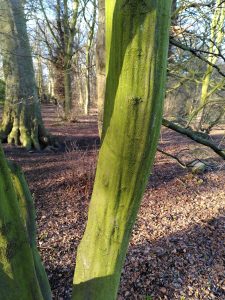 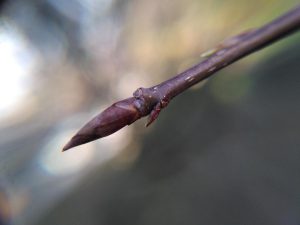 This is another plant with beautifully scaled buds (which this picture does not do justice). The twigs are often dark and have fairly abundant pale markings. Once in flower, this is very different from the other Prunus species on site as the flowers grow in racemes. 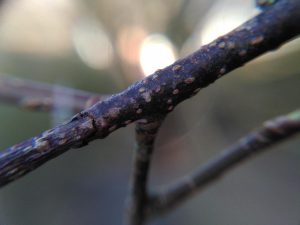