November litter pick began the same as usual with smiles and hellos and plenty of determination to get the litter picked up. 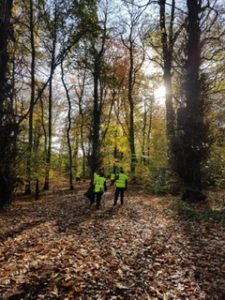 A three-pronged attack was launched. One group to the Triangle, another to the carriageway and another group to clean up the rest of the woods.

How can litter picking be a chore when the sun is shining and you’re in the woods with Friends? 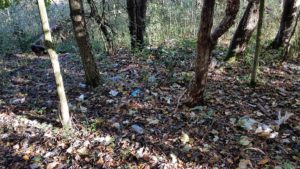 Each team made short work of their area even when it was as bad as this. 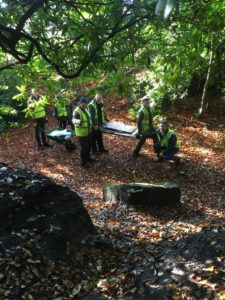 Many hands………..so the saying goes, and the carriageway soon had the remains of the Nitrous oxide canisters removed, along with a lot of other undesirable debris. 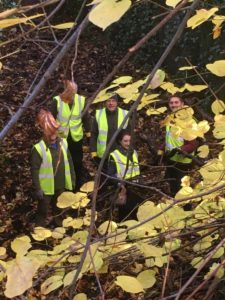 The Triangle too was relieved of its flattened cans, its chocolate wrappers and its splintered blue forks. 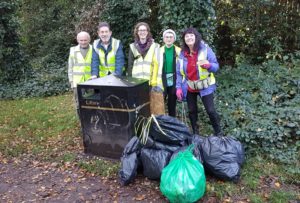 It’s very rewarding to see it bagged and waiting for the council.  But that’s not the reward everyone had been waiting for. 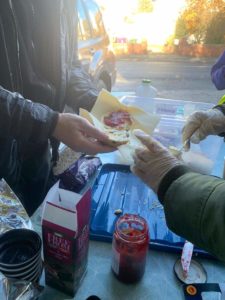 Scones by Mrs McCombes. Thanks Jeanette.

Well you don’t think we do this for nothing, do you? 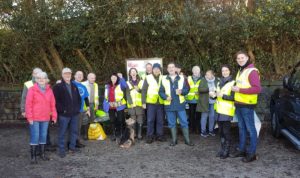