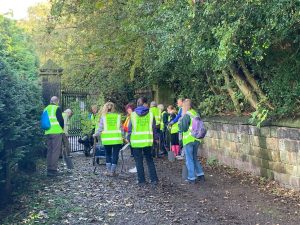 On the third Sunday of October our happy crew of 24 volunteers met at the main gates as usual.

The mission of the day was to plant trees.

Some were to go against an old fence as screening, others were to be planted along the new path to help guide walkers, and a few were needed along the top of the Ha-ha where the fence had once been. 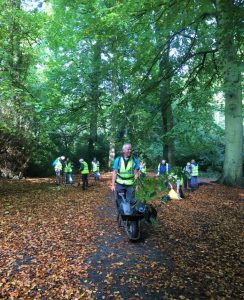 Ian is the leader of the volunteers and so he showed everyone where to plant. 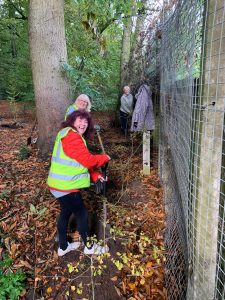 Some of the volunteers planted along the fence. It’s not supposed to be fun Pam, June and Sue but a bit of pleasant conversation helps everything along. 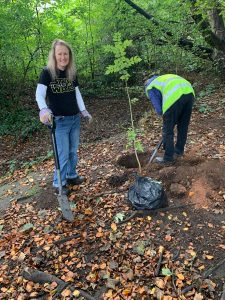 A few other volunteers planted on top of the Ha-ha. That was where the fence was so it must have been hard work. 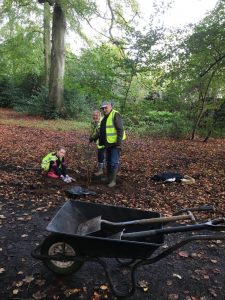 Some others were planted by the path.

It looks like Hannah is doing all the work … again. 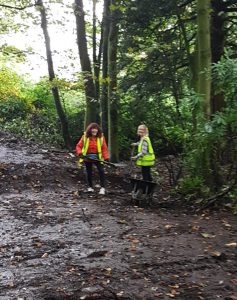 Wherever the volunteers dug it was as hard as a rock with compacted leaf mould and roots.

Topsoil was called for and there was a whole heap of that from the carriageway scrape. 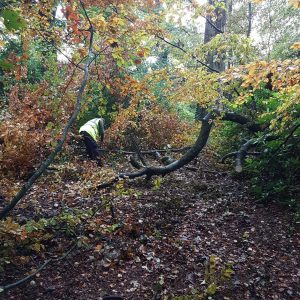 Tree planting wasn’t the only thing on the ‘to do’ list for today.  A smaller path had been blocked by a large fallen branch and that needed to be cleared. 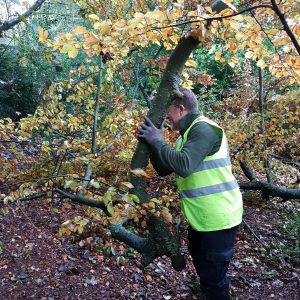 It took a while but finally, muscles and determination came out on top.

John and Andrew supplied both. Well done you two. 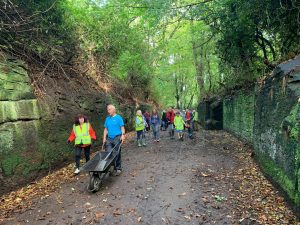 The quickest way back was through the recently cleared carriageway. Glorious with its newly exposed rock and brickwork. The creation from another age giving us such pleasure today. 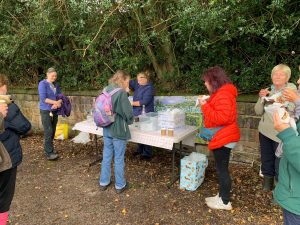 Jeanette’s scones and a hot drink were as popular as ever but the biscuits from Hannah went down very well too. 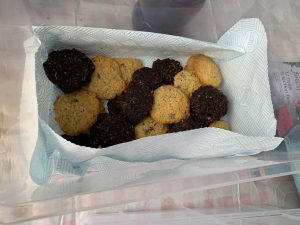 Thank you both. You spoil us.

Maybe you’ll join us on the third Sunday of each month. We get so much done and it’s a social time too.

Here are some other photos from the volunteers that were just too good to leave out. 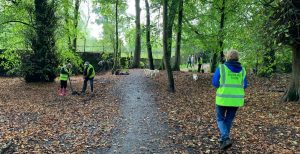 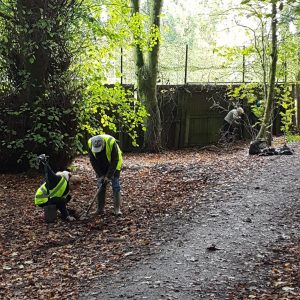 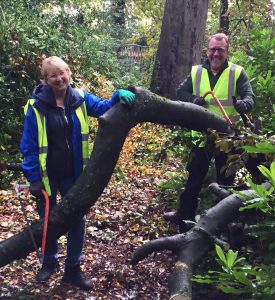 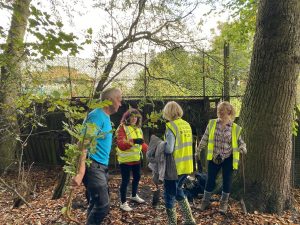 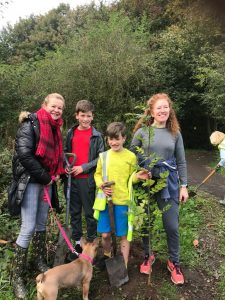 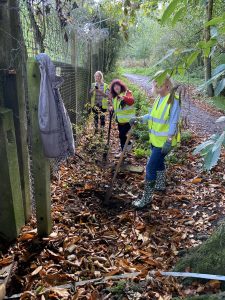 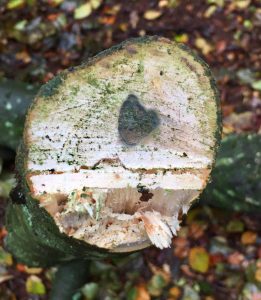